AMERICA'S INDICTMENT! A ONE YEAR WARNING!

The light of a lamp will shine in you no more, and the voice of bridegroom and bride will be heard in you no more, for your merchants were the great ones of the earth, and all nations were deceived by your sorcery. Revelation 18:23

The Title of my last blog was a "December to Remember."

December is marked by a powerful historical event called Hanukkah. A story filled with tragedy and triumph!

Hanukkah recalls a dark time in Jewish history. The villain of the Hanukkah story was the king of Syria, Antiochus (IV) Epiphanes. Antiochus Epiphanes was the antichrist of his generation. When the Syrian-Egyptian war (between the Seleucids and the Ptolemys) spilled into Israel, Antiochus took Jerusalem.

You may ask the question why did all this evil befall Israel?

The Indictment against Israel!

7 For so it was, that the children of Israel had sinned against the Lord their God, which had brought them up out of the land of Egypt, from under the hand of Pharaoh king of Egypt, and had feared other gods,8 And walked in the statutes of the heathen, whom the Lord cast out from before the children of Israel, and of the kings of Israel, which they had made.9 And the children of Israel did secretly those things that were not right against the Lord their God, and they built them high places in all their cities, from the tower of the watchmen to the fenced city.10 And they set them up images and groves in every high hill, and under every green tree:11 And there they burnt incense in all the high places, as did the heathen whom the Lord carried away before them; and wrought wicked things to provoke the Lord to anger:12 For they served idols, whereof the Lord had said unto them, Ye shall not do this thing.13 Yet the Lord testified against Israel, and against Judah, by all the prophets, and by all the seers, saying, Turn ye from your evil ways, and keep my commandments and my statutes, according to all the law which I commanded your fathers, and which I sent to you by my servants the prophets.14 Notwithstanding they would not hear, but hardened their necks, like to the neck of their fathers, that did not believe in the Lord their God.15 And they rejected his statutes, and his covenant that he made with their fathers, and his testimonies which he testified against them; and they followed vanity, and became vain, and went after the heathen that were round about them, concerning whom the Lord had charged them, that they should not do like them.16 And they left all the commandments of the Lord their God, and made them molten images, even two calves, and made a grove, and worshipped all the host of heaven, and served Baal.17 And they caused their sons and their daughters to pass through the fire, and used divination and enchantments, and sold themselves to do evil in the sight of the Lord, to provoke him to anger.

18 Therefore the Lord was very angry with Israel, and removed them out of his sight!

I am reminded of these words in Revelation 2:5

Remember therefore from whence thou art fallen, and repent, and do the first works; or else I will come unto thee quickly, and will remove thy candlestick out of his place, except thou repent.

20 He (Antiochus Epiphanes) went up against Israel and came to Jerusalem with a strong force. 21He arrogantly entered the sanctuary and took the golden altar, the lampstand for the light, and all its utensils. 22He took also the table for the bread of the Presence, the cups for drink offerings, the bowls, the golden censers, the curtain, the crowns, and the gold decoration on the front of the temple; he stripped it all off. 23He took the silver and the gold, and the costly vessels; he took also the hidden treasures that he found. 24Taking them all, he went into his own land. He shed much blood, and spoke with great arrogance. 25  Israel mourned deeply in every community, 26 rulers and elders groaned,     young women and young men became faint, the beauty of the women faded. 27  Every bridegroom took up the lament; she who sat in the bridal chamber was mourning. 28  Even the land trembled for its inhabitants, and all the house of Jacob was clothed with shame.

The Indictment Against America!

We have seen this term "Indictment" often in the headlines associated with the January 6th 2020 protests at the capitol. Democrats are using their House majority position to target Republican leadership. 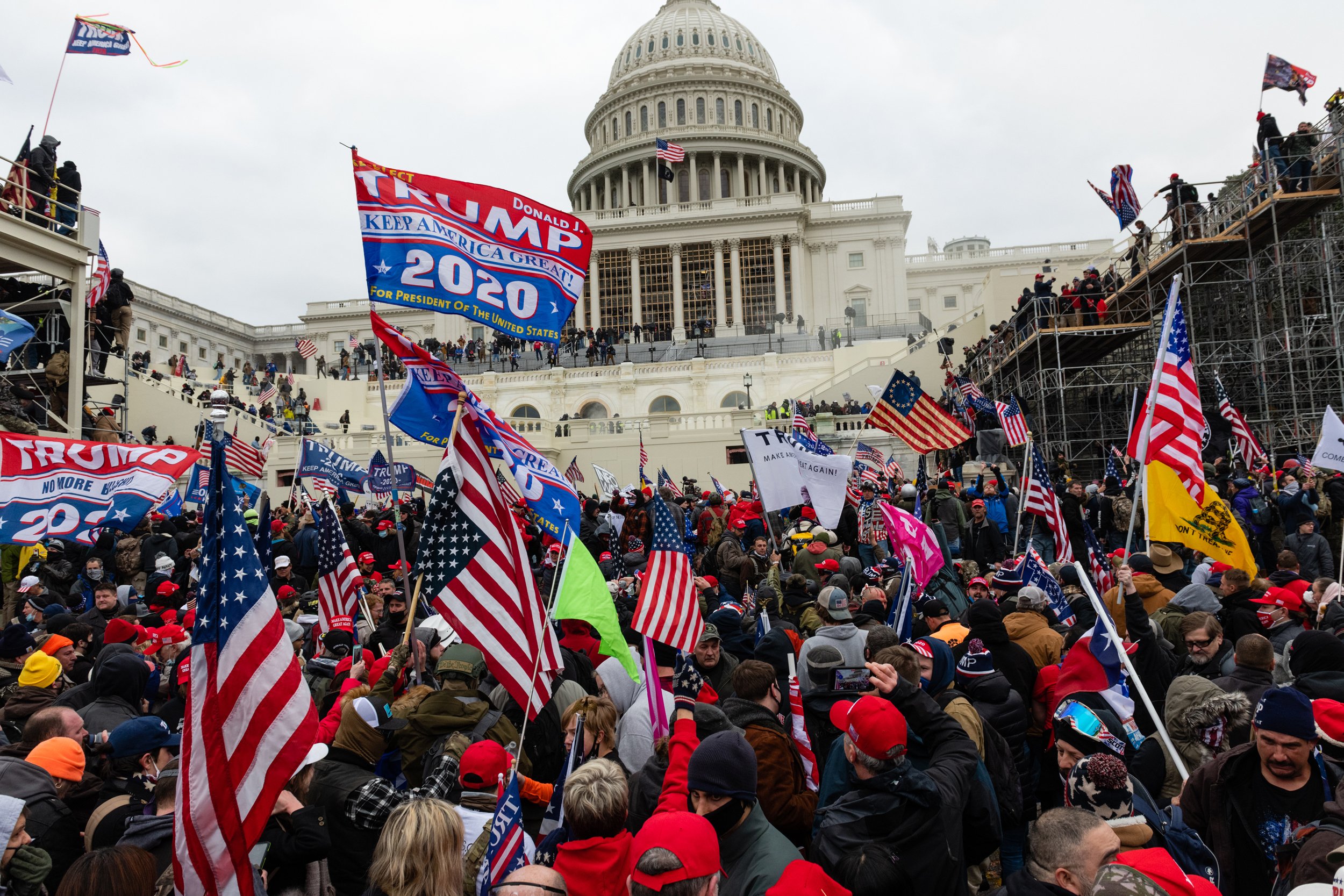 While Washington political infighting has reached a feverous pitch (no fun intended) a far greater spiritual reality has emerged that very few are taking notice of:

AS HANUKKAH WAS ENDING; THIS HEADLINE

Mayfield, Kentucky,  Candle factory had been 'going 24/7' to meet Christmastime demand. Then the storm hit! 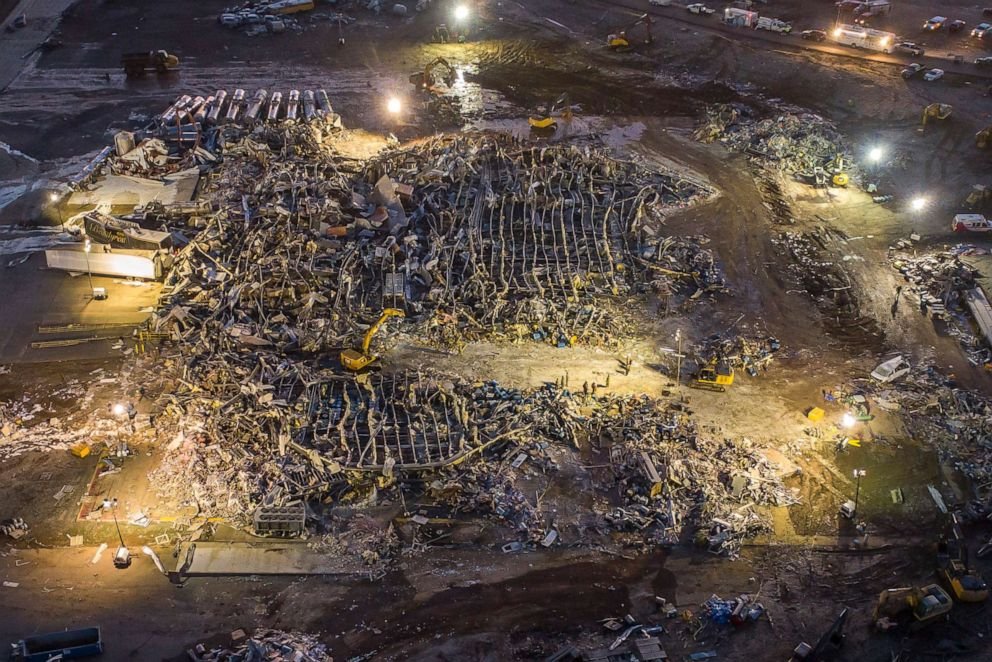 Do you believe in coincidences?

This is a very tragic event. And we should pray for all of those effected.

The light of a lamp will shine in you no more, and the voice of bridegroom and bride will be heard in you no more, for your merchants were the great ones of the earth, and all nations were deceived by your sorcery. Revelation 18:23

Remember therefore from whence thou art fallen, and repent, and do the first works; or else I will come unto thee quickly, and will remove thy candlestick out of his place, except thou repent. Revelation 2:5