Strong's Concordance  #726 harpázō – seize by force; snatch up, suddenly and decisively – like someone seizing bounty (spoil, a prize); to take by an open display of force.

On July 26th 2021 I had a dream about the Lord coming on Pentecost to take His Bride here is the Link to the blog I posted on July 26th 2021. https://www.crowingroosterprophecy.com/my-blog/feast-of-ingathering-pt1

On July 28th 2021 I followed up Part 1 with this (feast of ingathering part 2)   https://www.crowingroosterprophecy.com/my-blog/feast-of-ingathering-pt2

Why the traditional 50 day count from Passover/Nissan 15  to Pentecost is  Scripturally, Mathematically, Scientifically, and even agriculturally impossible as we will see!

Lamentation 2:6 says, “I will cause them to forget my Sabbath‘s and feast days, and in my fierce anger I reject and disdain both king and priest.

Leviticus 23:16 says, “even until the morrow “AFTER” the SEVENTH SABBATH shall you number 50 days and ye shall offer a new meat/grain offering to YHWH”.

Bullinger lexicon gives the definition of the word "until" and says that the word “until” means, “as long as, marking the continuance of an action up to the time of another action”.

We have an action of COUNTING seven Sabbaths even unto the morrow after the seventh Sabbath and then we have ANOTHER action of NUMBERING 50 days.

The first action is to COUNT 7 Sabbaths.

The second thing they were to do was to NUMBER 50 days.

The third thing they were to do was to bring a new meat offering.

Notice Leviticus 23:16 clearly says the morrow AFTER the seventh Sabbath shall ye number the 50 days, it does not say to number 50 days after  Passover, and then offer the new meat offering, but 50 days “after” the “Seventh Sabbath”

Most people agree that Shavuot commemorates the giving of the law. Israel left Egypt on Passover the 14th of the first month of Nissan and arrived at Mt Sinai from Egypt on the 3rd month of Sivan (Exodus 19:1)

The law was not given then delivered until the END of the 40 days and 40 nights which is 50 days after the seventh Sabbath journey, not 50 days after Passover. See Exodus 31:18 and Deuteronomy 9:11.

Moses testifies that the law was given to him at the END of the 40 days and 40 nights, not at the beginning.

The traditions of men will try to blind your mind to the definition of these Hebrew words and also cause you to ignore the examples where 100s of thousands of Israelites observed Shavuot 50 days beyond the traditional  Shavuot/Pentecost count which was at the time when the law and tables of stone was actually given to Israel.

The word "shall ye" or "ye shall" is ALWAYS “future tense” and never past tense therefore the numbering of the 50 days comes AFTER the seventh Sabbath are counted.

Hebrew Scholars such as Rashi along with the Ferrar Fenton Bible Translation are in Harmony with Aaron and the children of Israel observing the chag "The Lords Feast." 50 days after the seventh lunar Sabbath where Exodus 32:5  proclaiming this;

"Aaron saw how excited the people were, so he built an altar in front of the calf. Then he announced, “Tomorrow will be a festival to the LORD!”

The Hebrew calendar given to Moses by YEHOVAH in Leviticus 23 begins at the new moon in the first spring month. YEHOVAH calendar does not begin in winter.

April 2nd is the 1st day of the month of Nissan!

The 7 sabbaths followed by the 50 day count would then begin on April 17th the day after the Sabbath on the 16th.

Finally according to Leviticus 23:16b we begin our 50 day count the day after the 7th Sabbath of June 6th

To fully understand YEHOVAH  concerning His timing of end time events we need to know when His holy convocations are on His calendar.

YEHOVAH established His holy calendar based on the new moon lunar cycle. "And it shall come to pass, that from one new moon to another, and from one sabbath to another, shall all flesh come to worship before me, saith the Lord." Isaiah 66:23

The spring feasts/holy convocations of YEHOVAH start with Passover on the new moon after the spring equinox.

Most if not all of Judaism and Christendom follow calendars other then YEHOVAH true Torah calendar given to Moses. YEHOVAH takes very serious His holy convocations.

YEHOVAH slew high priests attempting to offer a blood sacrifice on the mercy seat on a day  other then the day He ascribed as the day of Atonement on YEHOVAH calendar.

The monthly Sabbath's begin the 8th day after every new moon and always falls on the 8th,15th, 22nd , 29th of YEHOVAH calendar  based on the lunar cycle.

No one has ever been able to Demonstrate from the scriptures that the true Sabbaths fall on any other dates then those listed above.

John19:31- The Jews therefore, because it was the preparation (14th), that the bodies should not remain upon the cross on the sabbath day (15th), besought Pilate that their legs might be broken, and that they might be taken away.

The first sheaf's were harvested at the end of the Sabbath. History records that the barley was first cut  that evening because it was officially the "morrow" after the Sabbath.

The first sheaf's were brought to the temple by delegates of the Sanhedrim where they were then;

4. A quart of barley flour was then mixed with about  1 ounce of olive oil, a handful of frankincense, then salt which was presented to the Lord by waving. Finally a handful is taken out and burned on the alter as a sweet smelling aroma to YEHOVAH.

Then begins the counting of 7 sabbaths plus the numbering of 50 days and we then arrive at 27th day of the 4th month of Tammuz. which is July 26th on our calendar in 2022.

Feast of  Shavuot/ Pentecost a date that holds great significance to YEHOVAH.

According to tradition, Shavuot is the day that Enoch was born and the day that he was also translated [raptured]

See how the rapture of the church is  both hidden in the "days of Noah" on the 27th Tammuz on the Hebrew calendar and the 26th of July on the Gregorian calendar.

Jesus said in John 4:35 that its "4 months to harvest"  when Pentecost " has fully come"  New Grain/Wheat is sown in the first month of Abib and is reaped in the fourth month/summer which again is seven Sabbaths plus 50 days.

You cannot plant and harvest wheat in 7 Sabbaths or 7 weeks. The first fruit of the wheat  must be from the summer wheat harvest, not a spring wheat harvest which cannot even be found in Leviticus 23.

The following will show just how blind some people are, and show more evidence that the Shavuot/Pentecost NEW meat/grain offering had to be from the SPRING WHEAT which is harvested in the summer 50 days AFTER the seventh Sabbath (Leviticus 23:16).

We all know, or should know, that Leviticus 23 teaches that a NEW meat offering -- NOT an OLD one -- is to be brought to YEHOVAH God from the wheat harvest.

The blinded Jews bring an OLD meat offering for the traditional Feast of Shavuot/ Pentecost, as you will see shortly.

"Even unto the morrow after the seventh sabbath shall ye number fifty days; and ye shall offer a NEW meat [grain]-offering unto the LORD" (Leviticus 23:16).

The Rabbis teach that SPRING WHEAT that which is planted in the spring and reaped four months later in the summer  cannot be eaten until the following year because it is considered chodosh/NEW grain/meat.

The Rabbis are in direct violation of YEHOVAH God commandment for the NEW GRAIN OFFERING.

The traditional 3rd month Shavuot/ Pentecost winter wheat cannot fit the requirements of a NEW meat/grain offering because it is considered OLD grain/meat because it is planted in the fall, and took root before Passover.

Therefore there is no way they can have a NEW grain offering of the wheat. And unless our EYES are opened and we acknowledge the summer wheat harvest that produces the new grain Feast of Shavuot/Pentecost offering we are simply following the traditions of men.

Even if they planted winter wheat, it would NOT be considered a NEW grain/meat offering because it was planted before the Vernal Equinox and, according to the Mishnah etc., it is considered old grain.

The NEW grain/meat comes after Passover, in the summertime, and that is exactly what YEHOVAH God calls for but they are too blind to see because of their traditions.

And he hath violently taken away his tabernacle, as if it were of a garden: he hath destroyed his places of the assembly: the Lord hath caused the solemn feasts and sabbaths to be forgotten in Zion, and hath despised in the indignation of his anger the king and the priest. Lamentations 2:6  (do you see it!) 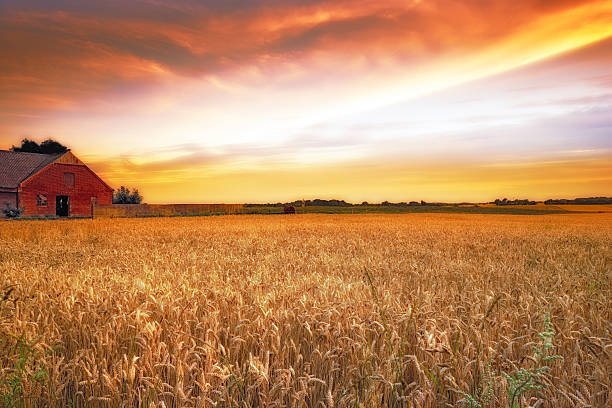 The dream was located on a peaceful farm with a large barn . All the farm equipment was sitting quietly idle. I was enjoying a wonderful plate of salad and found 50 dollars hidden in the salad.

I entered the barn carrying the 50 dollars to my wife who was present in the barn. I  communicated  to her in a serious tone the importance of the 50 dollars!

I then gave my wife the 50 dollars and told her to hold on to it. I then turned and left the barn and the dream ended.

The salad represented the Lords 7 feasts .  Of the 7 feasts He placed a very important emphasis on the feast of Pentecost to His Bride.

In my dream Yeshua wanted his bride to understand that Pentecost had now "fully come at the end of wheat harvest.

Yeshua wanted his Bride to hold on! The final countdown of his return for his bride had begin!

Greek word ἀμάω,  to gather together, to harvest  to reap!

216# in the Strong's concordance is the Hebrew word אוֹר-"or"  meaning the "break of dawn." day-break, dawn, morning light. 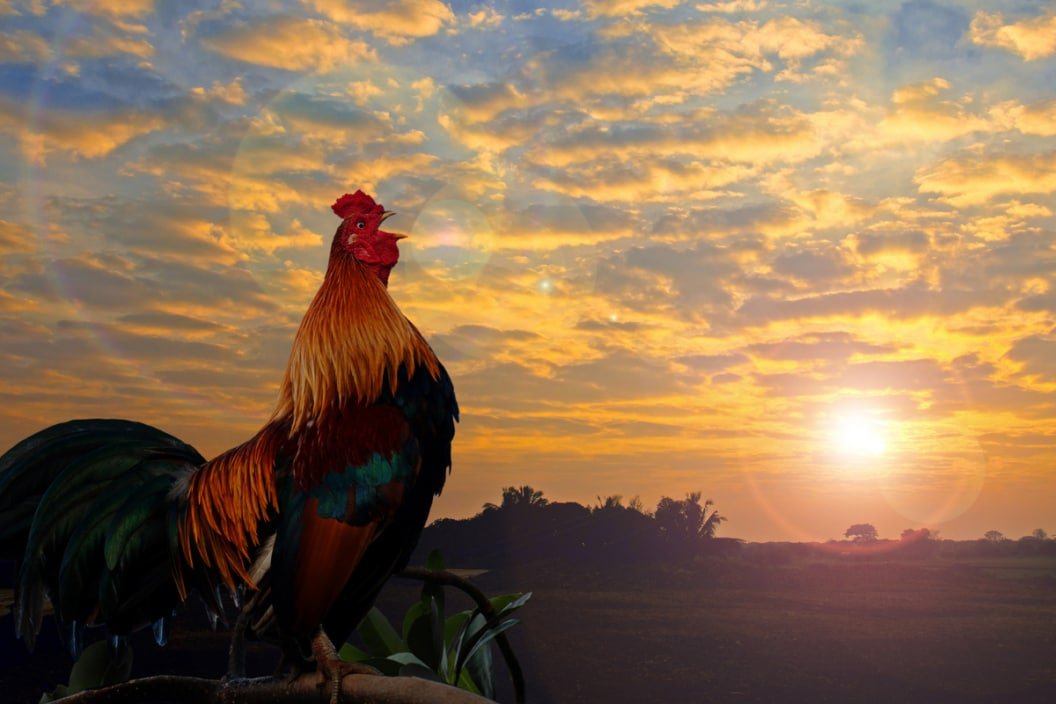 OUR ONLY HOPE IS JESUS