PEACE IS TAKEN FROM THE EARTH

In my blog  "When Pentecost is fully come" I have extensively proven through YAHWEH holy word that we are in the month of Av.  At the writing of this blog it is the 9th of Av, on YAHWEH true calendar.

The month of Av begins with the explosive opening of Pentecost has fully come 2021  and all that it prophetically means!

The Holy Spirit was given and the age of grace launched on the day of Pentecost 2000 years ago (Acts 2). In 2021 the close of the age of grace is very near us and the Restrainer  will be removed so the man of sin can be revealed.

6 You know what it is that is now holding him back, so that he will be revealed when his time comes. 7 For the secret of this lawlessness is already at work, but only until the person now holding it back gets out of the way. 2 Thessalonians 2:6-7

Tisha B'Av (Hebrew: תשעה באב or ט׳ באב, "the Ninth of Av,") is an annual fast day in Judaism, named for the ninth day (Tisha) of the month of Av in the Hebrew calendar. The fast commemorates the destruction of both the First Temple and Second Temple in Jerusalem, which occurred about 655 years apart, but on the same Hebrew calendar date. The 9th of Av is also the tragic start of both world war one and two

Tu B'Av (Hebrew: ט״ו באב, the fifteenth of the month Av) is a minor Jewish holiday. In modern-day Israel, it is celebrated as a holiday of love (Hebrew: חג האהבה‎, Hag HaAhava), similar to Valentine's Day. It has been said to be a "great day for weddings"

I would encourage you to read my series " feast of ingathering"  to understand the joy and glorious day that the bride of Yeshua is soon to experience! But at the same time the World is about to be thrust into 7 years of hell on earth.

We are highlighting this contrast in the month of AV between a great sorrow/ mourning that will soon engulf the world and the great joy that will overwhelm the bride of Yeshua.

The 3 fall feasts begin October 5-7 with Rosh Hashanah/Feast of Trumpets the civil Jewish New Year which literally means, “head of the year.”

I believe this will be the  last fall season the world will enjoy any resemblance of peace before the world enters into great mourning and sorrow.

I want to highlight another very important event in history in the month of Av that also had 2 completely different outcomes and is rich in spiritual meaning.

The story of the Dove and the Raven found in Genesis 8:6-12

6 After forty days Noah opened a window he had made in the ark 7 and sent out a raven, and it kept flying back and forth until the water had dried up from the earth. 8 Then he sent out a dove to see if the water had receded from the surface of the ground. 9 But the dove could find nowhere to perch because there was water over all the surface of the earth; so it returned to Noah in the ark. He reached out his hand and took the dove and brought it back to himself in the ark. 10 He waited seven more days and again sent out the dove from the ark. 11 When the dove returned to him in the evening, there in its beak was a freshly plucked olive leaf! Then Noah knew that the water had receded from the earth. 12 He waited seven more days and sent the dove out again, but this time it did not return to him.

The raven is representative of a unclean bird or (Satan) like the raven Satan roams two in fro in the earth.

Satan answered the LORD, “From roaming throughout the earth, going back and forth on it.”Job 1:7

The release of the Raven has a  powerful connection to Revelation 12:9 So the great dragon was cast out, that serpent of old, called the Devil and Satan, who deceives the whole world; he was cast to the earth, and his angels were cast out with him.

The dove represents the Holy Spirit of YAHWEH being taken by Noah back into the ark.  The raven is released at the same time that the dove is removed with the olive leaf (leaf - Hebrew word "alah" עָלָה meaning to be taken up to arise to ascend) representing peace being taken from the earth and hidden for 7 more days/or 7 years then returning after the great tribulation.

But if some of the branches were broken off, and you, being a wild olive, were grafted in among them and became partaker with them of the rich root of the olive tree, Romans11:17

The month of Av 2021 is full of powerful opposing spiritual realities playing out  before us.

As we are watching  the events unfold in Afghanistan. In My spirit I was sensing a very powerful shift in the spirit and in the world geopolitical landscape!

The Holy Spirit highlighted Revelation 6:4 Then another horse came out, a fiery red one. Its rider was given power to take peace from the earth and to make people kill each other. To him was given a large sword.

Interesting fact; The U.S Army uses a unmanned aerial vehicle called a RAVEN for reconnaissance in the war in Afghanistan

Wanted you to notice that peace was taken from the earth when the 2nd  seal was broken!

I wrote a blog called "The Global Snare" highlighting the opening of the 1st seal of Revelation 6:2 in 2020. The second seal is a worldwide global war that  I'll call  a "global jihad."   The second seal is highlighted by a "sword." Islam is a religion of the sword. 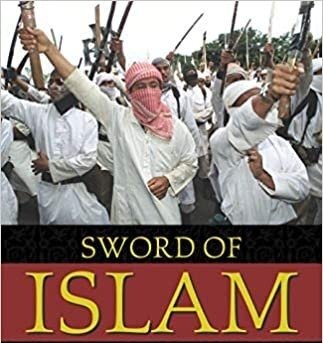 Peace is taken from the earth as the 2nd seal has just been opened on the 9th of Av 2021. The same date in history that  both world war began.

The Army of the coming Mahdi (Antichrist) will arise out of ancient KHORASAN. Modern day Afghanistan, Turkmenistan, Tajikistan,  Uzbekistian, and Iran

America has purposely surrendered and armed The Taliban with 85 Billion dollars worth of some of the most advanced military weapons in the world in preparation for the coming Mahdi!

Americas leaders are intentionally allowing for the humiliating exit of the U.S military. I believe there will be much blood shed and hostage taking to further disgrace America! 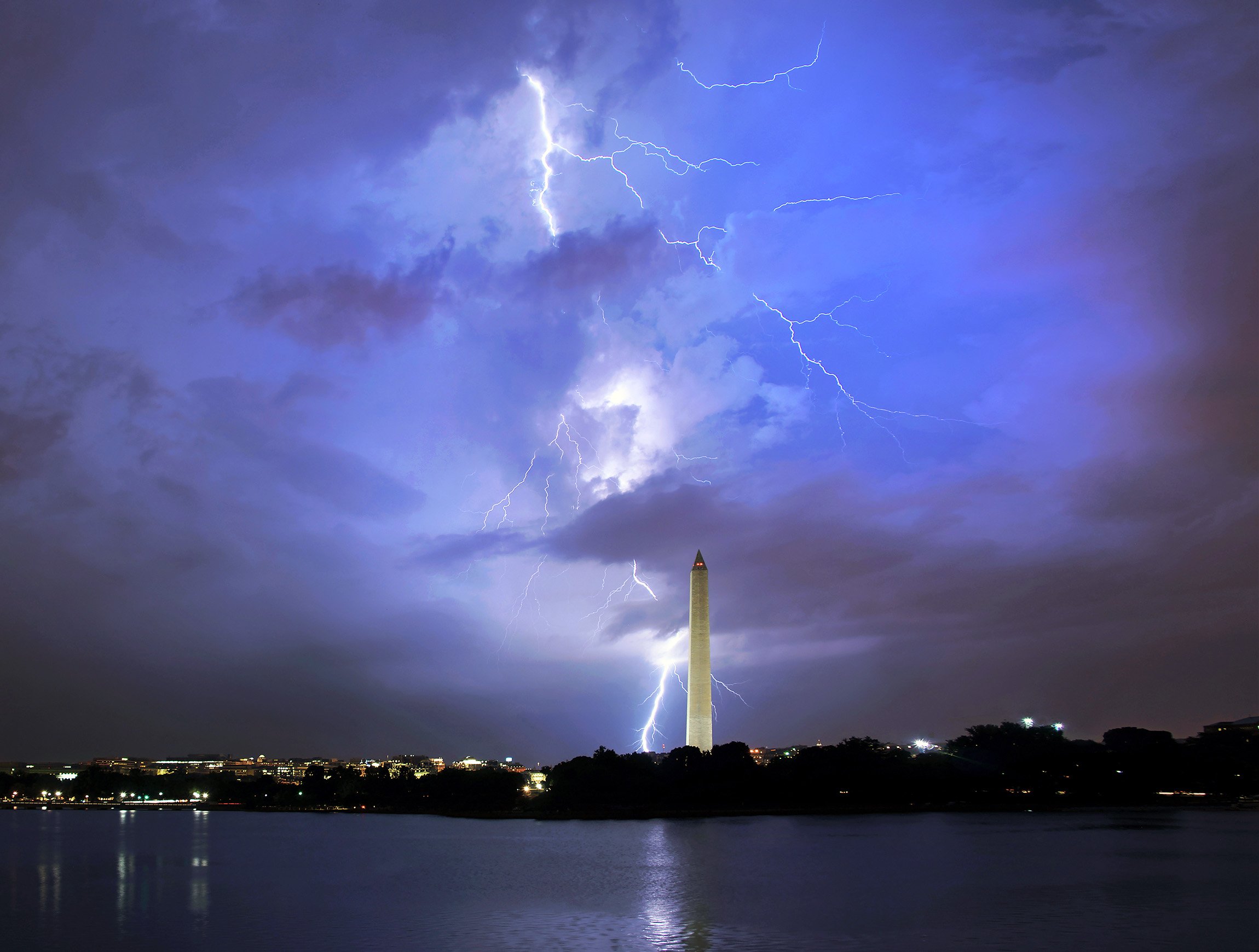 OFFICAL COUNT OF WEAPONRY:  LEFT BY AMERICA IN AFGHANISTAN

In the face of all that is quickly unfolding in the world, A wonderful promise is awaiting those who have aligned their lives with the kingdom of Yeshua.

Something very profound that I found about the Feast of Shavuot/Pentecost In Numbers 10!

Numbers 10:2  “Make two trumpets of hammered silver for calling the community to assemble and for signaling the breaking of camp.

Numbers 10:10 "Also at your times of rejoicing—your appointed festivals and New Moon feasts—you are to sound the trumpets over your burnt offerings and fellowship offerings, and they will be a memorial for you before your God. I am the LORD your God.”

Wanted you to notice that when the silver trumpet was blown  the children of Israel moved for the first time from mount Sinai since Shavuot/ Pentecost to the wilderness of 'Paran.'

Paran This name derives from the Hebrew “pâ'ar ", meaning “to glorify, beautify, adorn”. Paran is a Hebrew bible place in which the Israelites encamped after Sinai   "to make Glorious" from the verb (Pa'ar)

Finally a promise from Psalms 27:5 For in the time of trouble He shall hide me in His tent(bridal-tent, bridal pavilion  חֻמָּה ) In the secret place of His tabernacle He shall hide me; He shall set me high upon a rock.

The bride of Yeshua very soon will be hidden In the tabernacle of YHWH  and adorned and gloriously transformed!

While the world falls into the darkest time in human history!