The Final Night Watch Before The Dawn 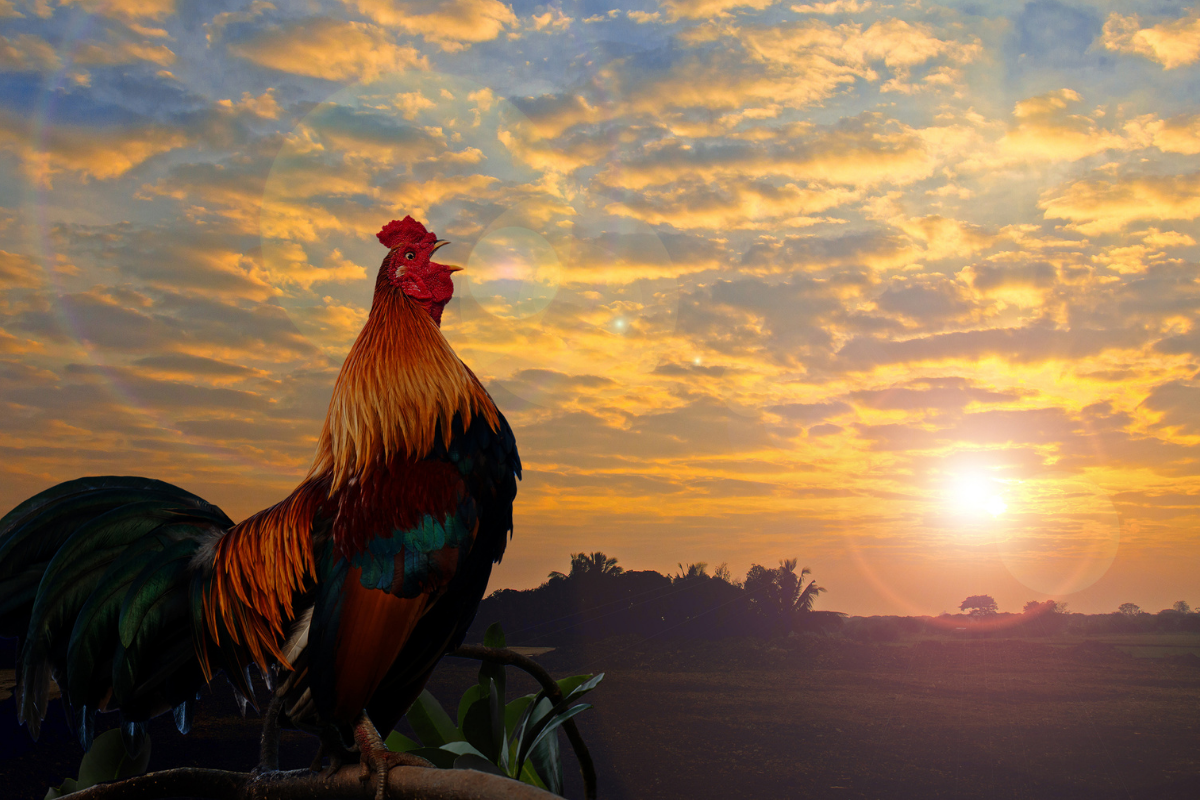 WE HAVE ENTERED THE MOST TREACHEROUS TIME IN HISTORY!

34 Jesus answered, “I tell you, Peter, before the rooster crows today, you will deny three times that you know me.”  Luke 22:34

The Gospels records not one but two separate  betrayals of Jesus inner circle of close friends. The  one mentioned above by Jesus in Luke 22:34.  The second is recorded in Luke 22:3 Then Satan entered Judas, called Iscariot, one of the Twelve. 4 And Judas went to the chief priests and the officers of the temple guard and discussed with them how he might betray Jesus.

In coming weeks and months we will link the treacherous events and betrayal of Jesus with Paul's warning to the church of Jesus Christ in 2 Thessalonians 2:3 of the coming great apostasy or falling away. Paul said this; let no one deceive you by any means; for that Day will not come unless the apostasy comes first, and the man of sin is revealed, the son of perdition. Its interesting to note that Judas the one who betrayed Jesus was called the son of perdition.

The term apostasy comes from the Greek word "apostasia" which means defection, departure, revolt or rebellion. In Genesis 6 the whole world encountered  a defection, a departure, a revolt and rebellion namely the complete genetic alteration of the human genome from Gods original design.

The apostasy finds its origin and beginning in Romans 1:18  when humanity refuses to retain and honor  YAHWAH as their creator!

18 For the wrath of God is revealed from heaven against all ungodliness and unrighteousness of men, who hold the truth in unrighteousness;19 Because that which may be known of God is manifest in them; for God hath shewed it unto them.20 For the invisible things of him from the creation of the world are clearly seen, being understood by the things that are made, even his eternal power and Godhead; so that they are without excuse:21 Because that, when they knew God, they glorified him not as God, neither were thankful; but became vain in their imaginations, and their foolish heart was darkened.22 Professing themselves to be wise, they became fools,23 And changed the glory of the uncorruptible God into an image made like to corruptible man, and to birds, and fourfooted beasts, and creeping things.24 Wherefore God also gave them up to uncleanness through the lusts of their own hearts, to dishonour their own bodies between themselves:25 Who changed the truth of God into a lie, and worshipped and served the creature more than the Creator, who is blessed for ever. Amen.26 For this cause God gave them up unto vile affections: for even their women did change the natural use into that which is against nature:27 And likewise also the men, leaving the natural use of the woman, burned in their lust one toward another; men with men working that which is unseemly, and receiving in themselves that recompence of their error which was meet.28 And even as they did not like to retain God in their knowledge, God gave them over to a reprobate mind, to do those things which are not convenient;

Apostasy begins  with denying YAHWEH as our creator and progresses to the corrupting and perverting of His holy design and purpose. The final nail in the coffin  is the destruction of all of creation though genetic manipulation. 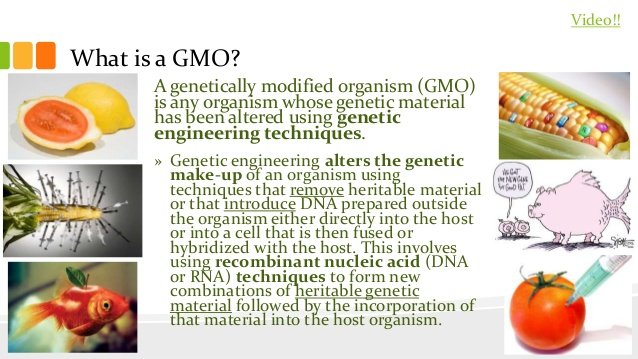 Satan ultimate goal is to destroy God as creator of humanity through DNA genetic manipulation!

Jesus warned in Matthew 24:37-39 (As it was in the days of Noah) namely the attempt  to completely alter humanities DNA  would repeat itself just before His return or second coming.

Jesus gives a very alarming  warning in Matthew 24:22 That no flesh in its original created state would survive unless he shorted the days. 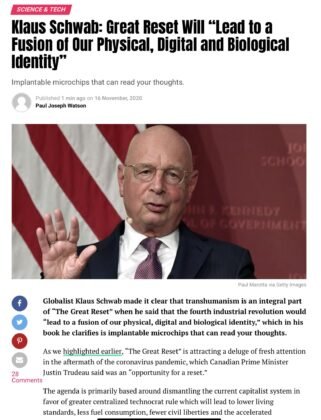 During Jesus life and ministry Israel was under Roman occupation. The Roman  military divided the night into 4 watches;

Cock crow or “crowing of the rooster” is an idiom in scripture, and was not speaking of a literal rooster. The Talmud, The Mishnah, and Historian Josephus, all mention that chickens were not allowed in Jerusalem at the time. Historically there were priests who forbid anyone in Jerusalem from having chickens, to avoid dirty and wandering birds from desecrating The Temple, or worse yet, The Holy of Holies. The “crowing of the rooster” refers to a moment of time, beginning at 3 a.m. in the morning. and ending at dawn or 6 a.m.

Let’s look in the Bible to see its definition. Mark 13:35"Therefore, be on the alert-- for you do not know when the master of the house is coming, whether in the (1) evening, (2)at midnight, (3)or when the rooster crows, (4)or in the morning.”

Every morning Roman troops were summoned from their barracks at the Tower of Antonia, situated at the northwest corner of the Temple in Jerusalem. They were summoned at the “cock crow”, the third watch of the night, at 3 a.m. in the morning. One trumpet blast summoned them. A second blast dismissed them at 6am or dawn.

The U.S. military does the same, at their chosen time. It’s called “Reveille”. One horn sounds to gather the troops. A second to dispatch troops. The word for trumpet call in Latin is “gullicinium” which means, “cock crow”. The Romans used “gallicinium”, “conticinium”, and “diluculum” for “cock crow”, “end of cock crow”, and “dawn."

While Jesus was sharing the Passover with His disciples on that fateful night in Matthew 26 Jesus communicated a extremely important  warning to Peter that before the cock would crow 2 times (3am&6am) that he would deny that He ever knew the Lord!

Before we are to hasty in our rebuke of Peter there is a very profound prophetic warning to us in this prophecy that links Matthew 26  to Mark 13:35-37.where it says this:   "Therefore keep watch because you do not know when the Lord will return  at evening watch, midnight  watch or when the rooster crows, or in the dawn."

I never saw the connection until this week how insync the past is with the present.

The warning and instruction was very clear to Peter  to be on serious guard and watchful when  you hear the cockcrowing!  The  2nd and final cock crowing sounded  right at the finish of Jesus trial at 6am when Jesus turned and looked at Peter  soon after his 3rd denial  fulfilling the cockcrowing prophetically that Jesus made.

Peter should have been awake and listening for the Roman Gallicinium at 3am, something he was very familiar with  but sadly  he was  sound asleep with the other disciples.

Jesus told them, "This very night you will all fall away on account of me, for it is written: "'I will strike the shepherd, and the sheep of the flock will be scattered. In other translations if says " This very night you will be offended on account of me." Jesus is warning the end time church of the serious threat the cockcrowing  hours presented during that final watch just before the dawn.

Right after the 1st cockcrowing starting the final watch Jesus declared this; "But this is your hour, the time when the power of darkness reigns. The disciples fell away during the cockcrowing hours and Paul declared in 2thessalonians 2:1-3 that  there would first be a great end time apostasy or falling away in the church of Jesus Christ just before the dawning of a new day!

I love how Jesus lovingly restores Peter. This is what Peter declared to us in 2 peter 1;19 You must pay close attention to what they wrote, for their words are like a lamp shining in a dark place—until the Day dawns, and Christ the Morning Star shines in your hearts.

Peter was unable to correct his course and stop the fast moving cascading events all because he did not heed the previous warning from Jesus to watch and be on alert for the hour of the cock crowing. Peter ended up doing the one thing that he adamantly said would never happen "he denied the Lord.

Mark 13:35 "Therefore, be on the alert-- for you do not know when the master of the house is coming, whether in the evening, at midnight, or when the rooster crows, or in the morning